A Rustling of Leaves

Inside the Philippine Revolution 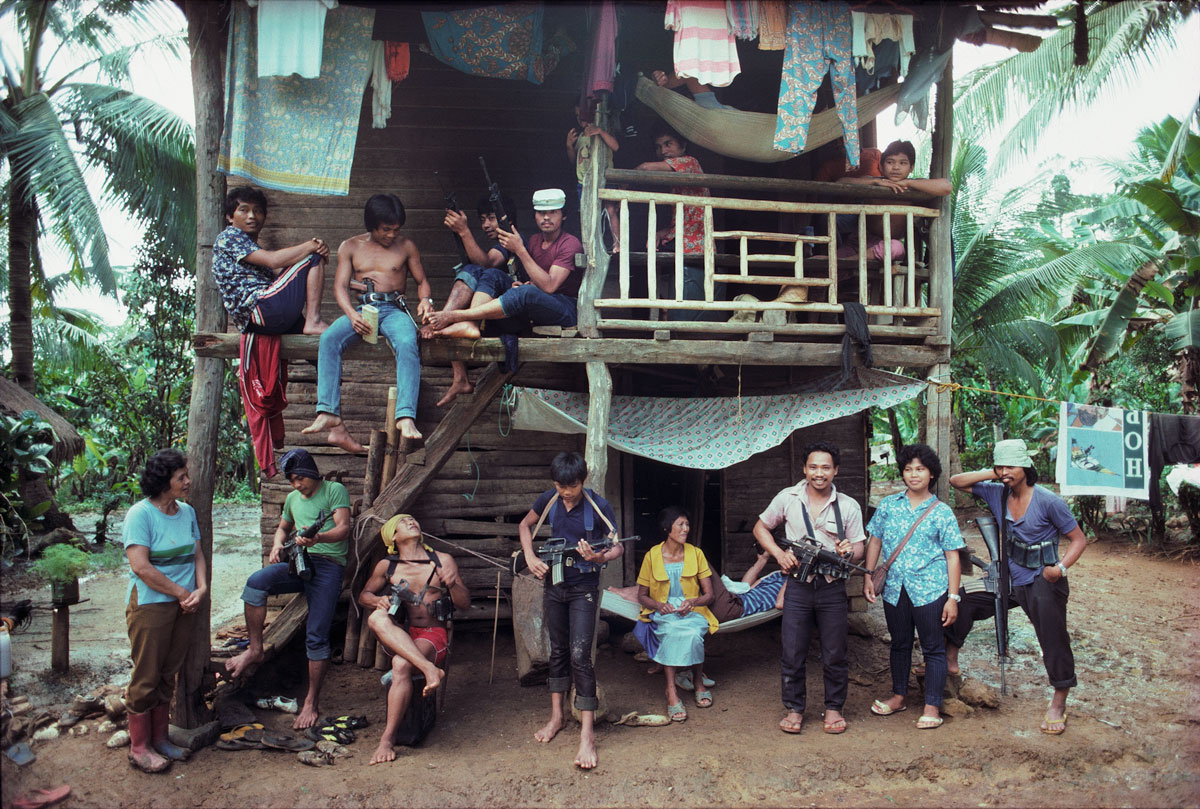 A Rustling of Leaves: Inside the Philippine Revolution chronicles the three points of a political triangle:  the legal left, the illegal (armed) revolution, and the enemy which threatens them both:  the armed reactionary right.    It is 1987.  The dictatorship of Ferdinand Marcos has just been overthrown. Newly elected President Corazon Aquino  struggles to wrench control of the country from her own military

In the mountains, rebel priest Father Navaro and the communist New People’s Army continue to fight an armed revolution. Kummander Dante, founder of the rebel army, is released from prison.  He decides to give President Aquino’s new democracy a chance and runs for senator.  Radio DJ June Pala is the voice of the Anti-Communist Crusade.  He fashions himself after Nazi propagandist Joseph Goebbels and broadcasts threats to send vigilante death squads after underground guerillas and left-wing activists alike.

Should the people’s movement continue the guerilla war, or do they dare enter legal politics and reveal the hidden face of the revolution?

The vigilantes begin infiltrating Father Navaro’s region.  At the same time, the election campaign brings Dante to Davao City, once a stronghold of the New People’s Army, now firmly in the hands of the death squads and Jun Pala.  Father Navaro must also confront the vigilantes in a grim battle for hearts and minds when he leas a “People’s Court” trial of a teenage guerilla fighter accused of defecting to the government and informing on the revolutionaries.  Dante returns to Manila and is defeated at the polls.  Four weeks later he is ambushed.  With five bullets in his back, he survives.

A Rustling of Leaves poses the key question facing the revolutionaries and the Filipino Left: should the people’s movement continue the guerilla war, or do they dare enter legal politics and reveal the hidden face of the revolution?  Edited with the tension of a drama, with original music and animation, A Rustling of Leaves spins these elements into a powerful story, accessibly told by a filmmaker who cares deeply for her subject.

MARCH 4, 1990: factions of the Armed Forces of the Philippines attempt to overthrow the government of President Corazon Aquino. It is the sixth coup attempt in four years. American airforce jets hover over Manila, an ominous demonstration to rebellious Filipino soldiers of the key role the US is playing in the future of the Philippines. At any moment, another coup attempt is expected from the right while the ongoing war with communist guerrillas continues on the left. Over the next two years, the American government has pledged 962 million dollars to the Philippines, a country perpetually on red alert. What has happened to Mrs. Aquino’s peaceful revolution? A troubled history helps explain.

For 19 years in the Philippines the underground guerrilla New People’s Army (NPA), together with the popular forces of the legal left, formed a vanguard of resistance against President Ferdinand Marcos. On February 5, 1986, a military revolt within the Armed Forces of the Philippines, backed by a popular uprising in the streets of Manila, cleared the way for Mrs. Corazon Aquino to come to power. Within days of assuming the presidency, Mrs. Aquino called for a ceasefire with the revolutionary New People’s Army. A year later it came into effect. After 60 days however, the ceasefire expired in a quagmire of technicalities. The left claimed the government was never prepared to discuss the basic issues behind the insurgency: the need for land reform, the ousting of US military bases, and the restructuring of the military and the economy. Mrs. Aquino’s negotiators, indignant over rebel demands, said the guerrillas wanted too much too soon. The ceasefire was over in to months, plunging the country back into a revolution from the left, and a morass of coup attempts from the right.

For the revolutionaries, it appeared the black and white days of organising a rebellion against a tyrannical dictator were gone. The left “movement’ faced instead the muted yellows of a Christian Democrat. But beneath the initial euphoria of the four day “snap” revolution, it appears the underlying economic and military system created by Marcos remains intact. The chances of effective land reform daily diminished as legislation wallows in a senate and congress made up of 90% large land owners. Worse, Mrs. Aquino’s forced marriage to the military which brought her to power, appears to have laid treacherous groundwork. With each coup attempt, rebellious factions of the military continue to make their bid for more power. Now, the president herself stands accused by human rights groups of having bargained away her “People Power” mandate to the military which has unleashed a powerful vigilante movement to augment its’ counterinsurgency campaign. Neighbours are encouraged to inform on neighbours. Filipinos are arming against Filipinos. The legal left is a key target. Human rights workers, labour organisers and activists from all sectors have been tagged as subversives by a rapidly growing anti-Communist movement which claims to have the military, God and democracy on its side.

The case of characters is set against the yellow triumph and contradictions of Mrs. Aquinos People Power. A RUSTLING OF LEAVES films the jubilant anniversary celebration of Cory’s February Revolution as festivities bring over two million Filipinos back into the streets to dance in a sea of yellow. There is however, the puzzling dark side of Mrs. Aquino’s presidency. A RUSTLING OF LEAVES documents the tragedy of the Mendiola massacre where 18 farmers were killed marching to the palace to demand land reform, and the president’s confusing endorsement of the vigilante groups which have brought back the terror of the Marcos era.

Nettie’s connections with the Philippines began in 1983 when she CO-produced, CO-wrote and performed in Headlines’ play on world militarism, UNDER THE GUN. The production, which toured Canada in 1984, focused on Canadian involvement in the Philippines. Following UNDER THE GUN, Nettie was invited to the Philippines to work with political theatre companies prominent in the growing anti-Marcos movement. Her five month stay took her into the cities and countryside where she was exposed to an extensive cross section of issues and politics. She was able to establish contact with the revolutionary New People’s Army which led to an initial two month journey underground, both in the cities with the controversial “Sparrow” urban fighters, and in the mountains with the rebel arm. Over the five past years she has covered the war extensively and by the guerrillas’ own admission, her exposure to the underground Filipino revolution is the one of the most extensive ever granted to a westerner.

Nettie reported on the “snap” revolution which brought Mrs. Aquino to power in 1986 filing radio stories for the Canadian Broadcasting Corporation. In 1987, after two years of research she filmed A RUSTLING OF LEAVES which took eight months to shoot (and 64,000 feet of film) A RUSTLING OF LEAVES has been televised Channel 4(Great Britain), the Canadian Broadcasting Corporation and has been screened at international film festivals in: Berlin, Vancouver, Chicago, Hong Kong, Jerusalem, Amsterdam, Honolulu, Taipei, Los Angeles, Houston and Montreal. 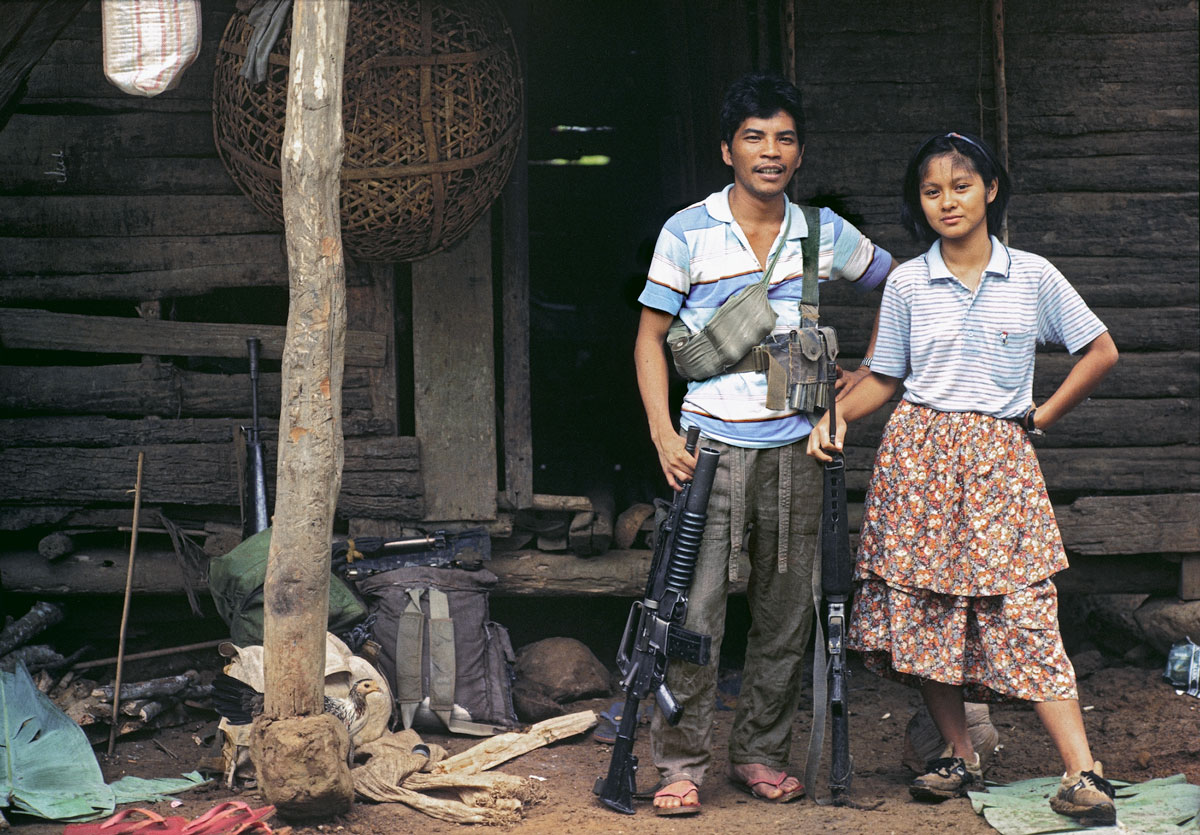 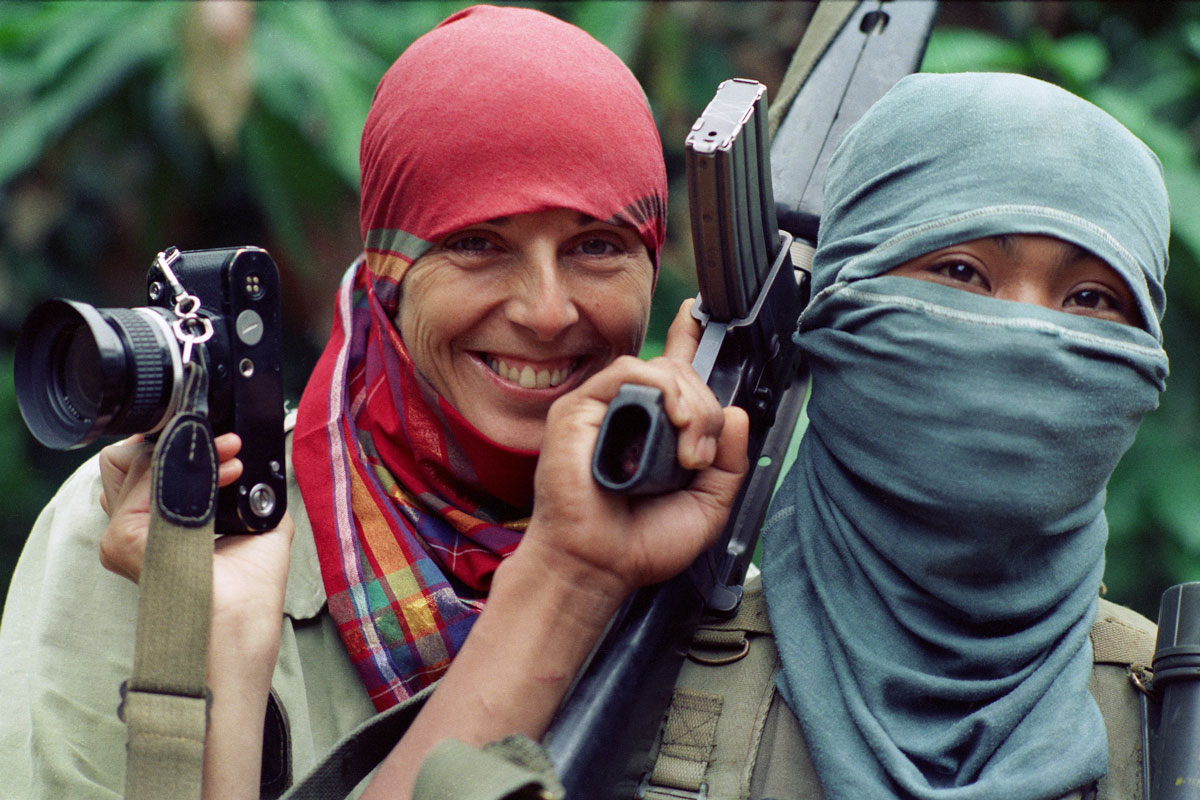