Canada Wild Productions is an independent documentary film and television production established in 1991 and based in Vancouver. We specialize in making accessible and engaging documentaries about controversial issues. We believe that behind the politics in our communities lie human dramas with lessons that deeply affect our lives. We have developed a unique form of distribution which blends broadcast television and theatrical screenings in cinemas with community based forums in order to bring these stories to the Canadian public.

We have produced 5 feature documentaries –KONELINE: our land beautiful (2016 Hot Docs Best Canadian Documentary, 2017 UNESCO Dolomites Prize);  FIX: The Story of an Addicted City (2004 Genie Award),  A Place Called Chiapas (1998 Genie Award), Blockade and A Rustling of Leaves: Inside the Philippine Revolution.   Bevel Up: Drugs, Users and Outreach Nursing, an interactive teaching DVD, was a coproduction with the National Film Board and the BC Centre for Disease Control. Together, these films have won over 45 international and national honours including the Berlin Emerging Filmmakers Award, Hot Docs Best Documentary, 2 Genies, and the International Documentary Association’s Award for Best Feature Documentary.

We are known throughout the industry for putting a great deal of effort into the distribution of our films. All our films have been both broadcast and theatrically distributed in cinemas nationally and internationally. FIX: The story of an Addicted City played in over 35 Canadian cities and towns; A Place Called Chiapas opened in over 80 cities throughout Canada and the United States and was instrumental in raising significant funds which went directly to the indigenous peoples of Chiapas.

Nettie Wild is one of Canada’s leading documentary filmmakers. Her highly charged and critically acclaimed films have brought her audiences behind the frontlines and headlines of revolutions and social change around the world.

Nettie is best known for her award winning documentary features : KONELINE: our land beautiful (2016); FIX: The Story of an Addicted City (2002), A Place Called Chiapas (1998), Blockade (1993) and A Rustling of Leaves: Inside the Philippine Revolution (1988). Nettie Wild’s films have been distributed theatrically, and broadcast in Canada and internationally.   She has been honoured at film festivals around world and has won the Genie Award twice for Best Feature Documentary in Canada. Among other honors she has won Best Feature Documentary from the International Documentary Association as well as top honours from the Forum of New Cinema at the Berlin International Film Festival.

Her latest projects explore new forms of storytelling:  UNINTERRUPTED  is a public art installation first exhibited in the summer of 2017, a 25-min digitally-mapped  projection using unique underwater footage of the Adams’ River sockeye salmon migration.   Inside Stories (2011) is a multi- platform web experience launched in the fall of 2011. Bevel Up (2007) is a groundbreaking documentary and interactive DVD. In Profile: Deepa Mehta (2012) uses split screen to tell its story. let . Nettie is also writing her first screenplay, Hunger which has been completed to first draft.

In 2016 Nettie was honoured by Women in Film with the Artistic Merit Award at VIFF.  Wild At Heart, a book focusing on her work and career, was published in 2009 and there have been multiple retrospectives of her work as well as a  profile in POV Magazine. In 2010 she received the BC Film Critics Circle Award for her contribution to the film industry and the Vancouver Sun named her as one of British Columbia’s “most influential women”. In addition to directing, Nettie is also much in demand as a story editor, teacher and lecturer and was Filmmaker in Residence at the National Film Board in 2007. 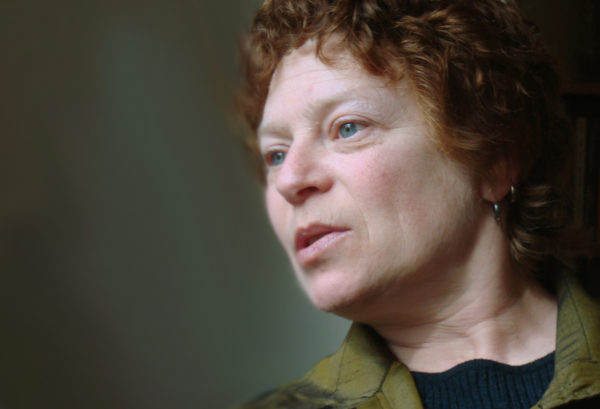 Current projects include UNINTERRUPTED, a public art installation first exhibited in the summer of 2017, a 25-min digitally-mapped  projection using unique underwater footage of the Adams’ River sockeye salmon migration and The New Corporation (working title) . She has produced the feature docs of Nettie Wild (FIX: The Story of an Addicted City, A Place Called Chiapas, Blockade, Bevel Up), and has also worked with filmmakers Gary Marcuse (The Mind of a Child, Nuclear Dynamite, Arktika) and Hugh Brody (Tracks Across Sand, The Meaning of Life, Time Immemorial). The films she has collaborated on have won over 60 national and international awards and honours including Genie and Gemini awards, American Film Institute, Berlin, Hot Docs, IDA, Prism, Grantham and other humanities and environmental awards.

Betsy was a Vice Chair of the Documentary Organization of Canada for six years, leaving the Board of Directors in the fall of 2010. 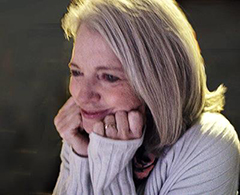 Canada Wild is lucky to be working with Producer Rae Hull as a principal producer on  Uninterrupted. She joined the project in 2014, guiding the creative development of the accompanying website uninterrupted.ca and helming the diverse public engagement aspects of the project .  Rae has developed and led media projects that have been recognized worldwide for their innovation. She focuses on using media and art to create collaborative forms of engagement with the public, often on a very large scale.

As Creative Director of CODE (the Cultural Olympiad’s Digital Edition) for the 2010 Winter Olympics, Rae and her team created a series of digital art program streams that connected people across the country and around the globe, winning both national and international praise. As a senior programming executive at CBC, she developed the concept and led the creation of ZeD, which earned an Emmy nomination as one of the world’s first multiplatform interactive television series.

With a background in journalism and broadcasting, Rae has program credits on CBC, CTV, PBS, History and Discovery Channels as a director, producer, writer and production executive. She has a BA in Journalism and an MA in Intercultural Communication Studies and has served as a board member for the Vancouver International Film Festival, the Vancouver Contemporary Art Gallery, and Canadian Women in Communications.